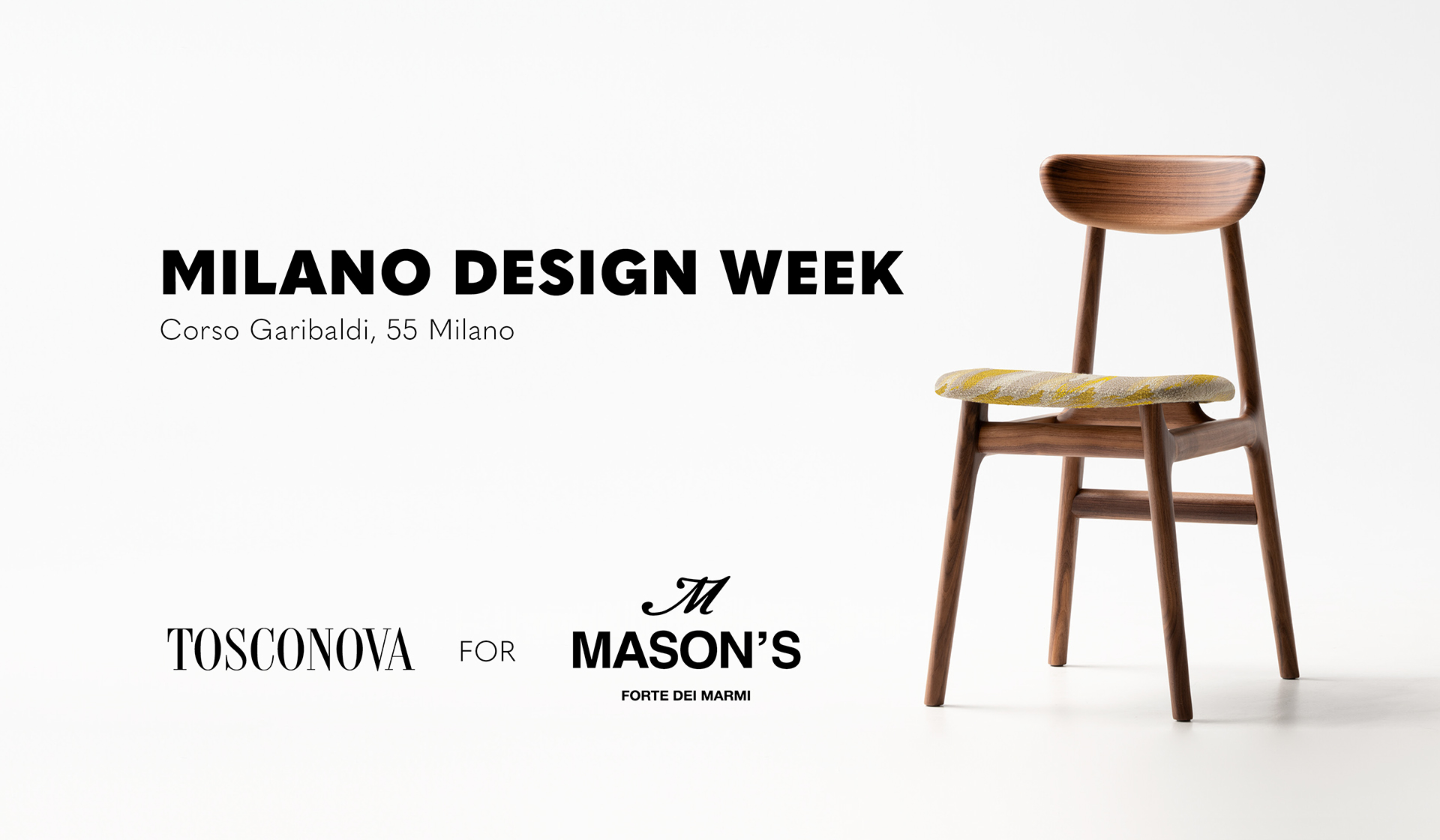 Tosconova, Mason’s and some interesting facts

Milan Design Week, aka Fuorisalone, is becoming quite as popular as Milan Fashion Week. People from Milan boast about it, foreign people visiting the city can’t believe their eyes; everyone wants to attend, to enjoy the beauty of historical locations exceptionally open to the public, to fill up with brand new design ideas. Since the ‘80s, it has been impossible to withstand the spontaneous energy released by Salone del Mobile and here we are, ready to let design literally surround us.

Fuorisalone is about pioneering people – Gilda Bojardi, director of the magazine Interni, was the one who created the logo, the guide and the wording Milano Design capital for Fuorisalone, in the early ‘90s. Tosconova and Mason’s share the same pioneering approach to Tuscan sartorial creations and have been cooperating for years. Mason’s clothing exalt some of the most iconic furniture by Tosconova in a riot of colors. This extraordinary piece of Tuscany is about to fill up your eyes.

Tosconova and Mason’s are creating themes and matching décor and style right for Milan Design Week, having two specific aims: showing the brighter shades of Tuscan color palette and representing the conscious planning of space and time, theme of Fuorisalone. Tosconova iconic vintage collection and Mason’s bold style choices are totally matching, with Tosconova featuring Vivi Armchair and Forty-two chair, both synonymous with originality, Tazio table – enriched with a Carrara marble top, tribute to the land of Tuscany –and Matisse table lamp, modern, classy, standing out. Precisely Matisse table lamp emphasizes Tosconova factory’s deep roots and eye for luxury and new Italian artisanship, as the body of the lamp is made of ceramic by Pecchioli Firenze, Tuscan artistic excellence.

Fuorisalone is a place to discover, where you can enjoy a real open-air design exhibition. Plunging in Tosconova and Mason’s colorful, classy mix at via Garibaldi 55 will be the ultimate design experience. Tosconova is a company specializing in customization and countless combinations of materials that are all to be discovered.